Hacking is of two types – Ethical and Unethical. Hackers carried the unethical hacking techniques to make some quick money. But, there are lots of users who want to learn hacking in the right way. Security research, WiFi protocols, etc., all come under the range of ethical hacking.

So, if you are willing to learn ethical hacking, then you need to use some tools. These tools would help you to ease out many complicated things in the security field. Here we have compiled a list of the best hacking tools with their descriptions and features.

So, in this article, we are going to share a list of best hacking tools for Windows, Linux, and Mac OS X. Most of the tools listed in the article were available for free. We have written the article for educational purposes; please don’t use these tools for evil purposes.

Rather than calling Metasploit a collection of exploit tools, I’ll call it an infrastructure that you can utilize to build your custom tools. This free tool is one of the most prevalent cybersecurity tools that allow you to locate vulnerabilities at different platforms. Metasploit is backed by more than 200,000 users and contributors that help you get insights and uncover your system’s weaknesses. 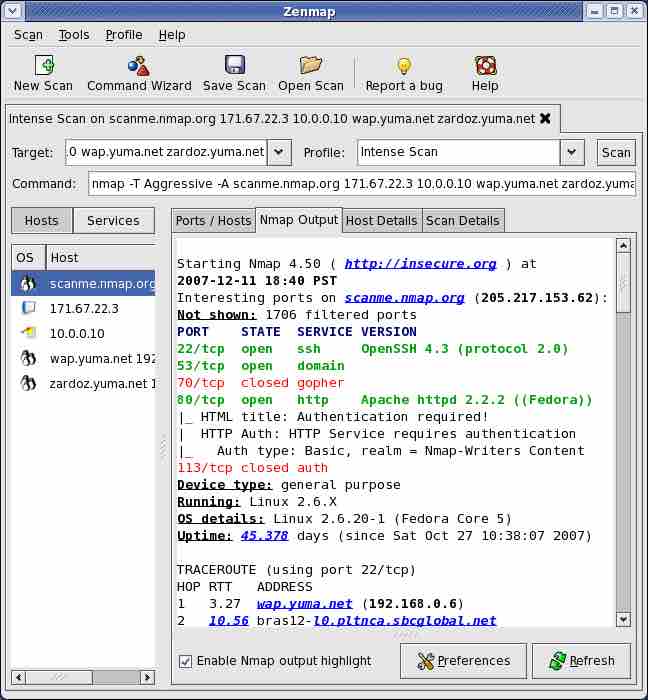 Well, Nmap is available for all major platforms, including Windows, Linux, and OS X. I think everyone has heard of this one; Nmap (Network Mapper) is a free open source utility for network exploration or security auditing. It was designed to scan large networks, and it works fine against single hosts. It may be used to discover computers and services on a computer network, thus creating a “map” of the network. 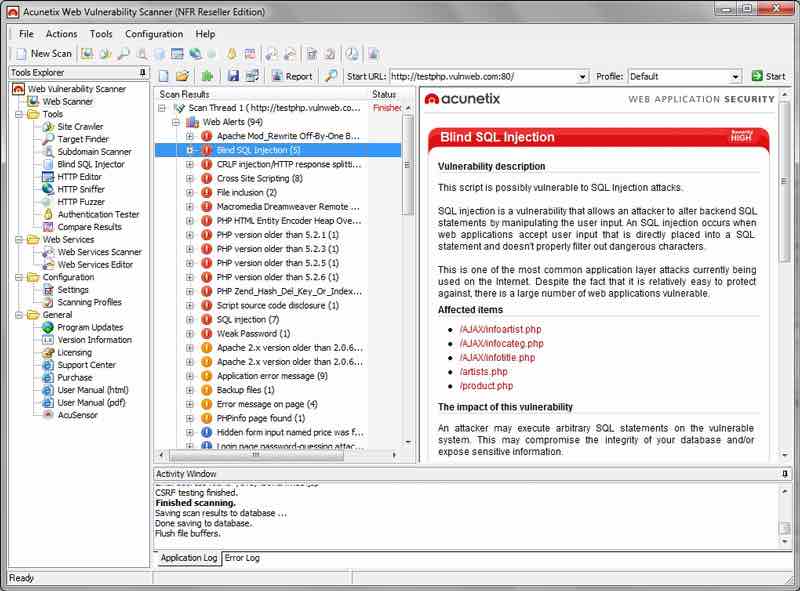 It is available for Windows XP and higher. Acunetix is a web vulnerability scanner (WVS) that scans and finds out the flaws in a website that could prove fatal. This multi-threaded tool crawls a website and finds out malicious Cross-site Scripting, SQL injection, and other vulnerabilities. This fast and easy to use tool scans WordPress websites from more than 1200 vulnerabilities in WordPress. 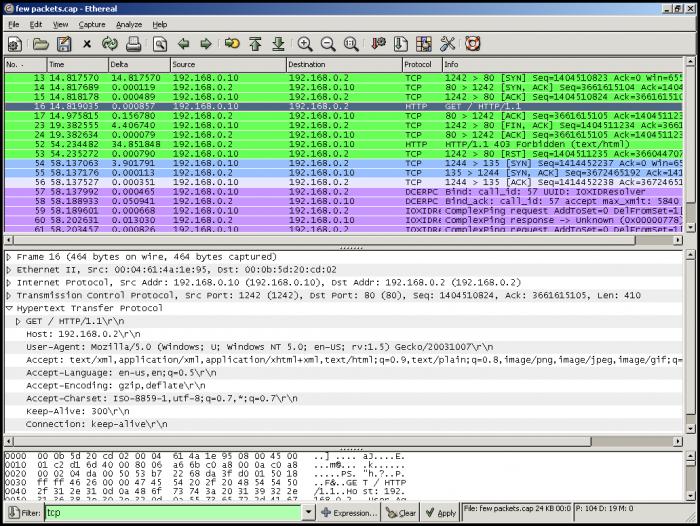 This free and open-source tool was originally named Ethereal. Wireshark also comes in a command-line version called TShark. This GTK+-based network protocol analyzer runs with ease on Linux, Windows, and OS X. Wireshark is a GTK+-based Wireshark network protocol analyzer or sniffer that lets you capture and interactively browse the contents of network frames. The project’s goal is to create a commercial-quality analyzer for Unix and give Wireshark features that are missing from closed-source sniffers. 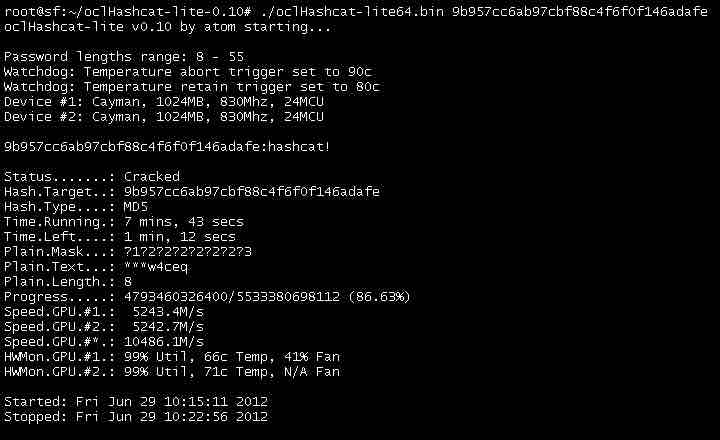 oclHashcat calls itself the world’s password cracking tool with the world’s first and only GPGPU based engine. For using the tool, NVIDIA users require ForceWare 346.59 or later, and AMD users require Catalyst 15.7 or later. 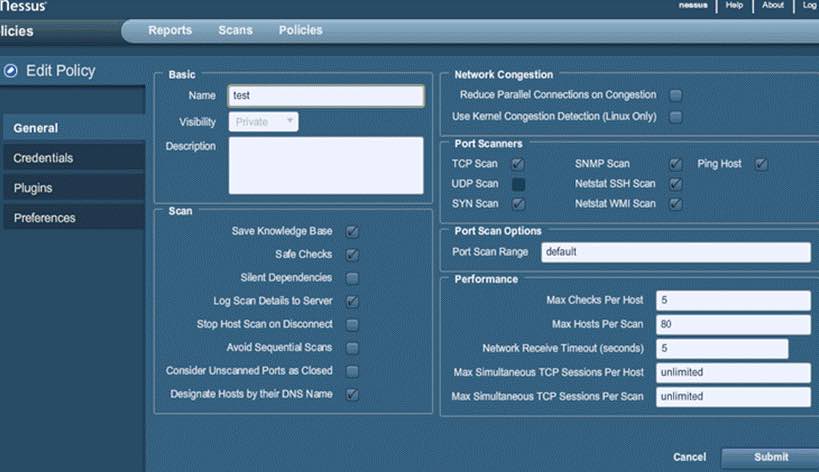 It is supported by various platforms, including Windows 7 and 8, Mac OS X, and popular Linux distros like Debian, Ubuntu, Kali Linux, etc. This top free hacking tool of 2020 works with the help of a client-server framework. Developed by Tenable Network Security, the tool is one of the most popular vulnerability scanners we have. Nessus serves different purposes to different users – Nessus Home, Nessus Professional, Nessus Manager, and Nessus Cloud. 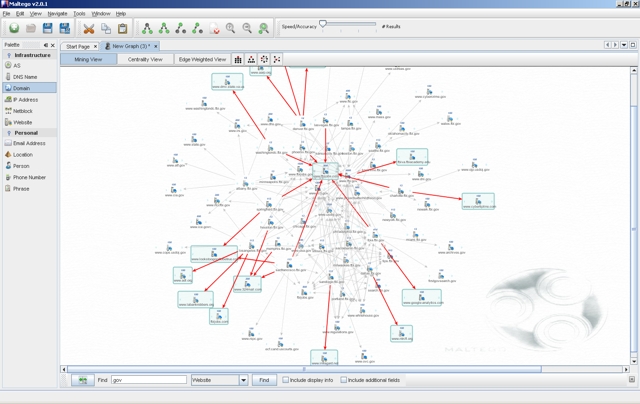 This tool is available for Windows, Mac, and Linux. Maltego is an open-source forensics platform that offers rigorous mining and information gathering to paint a picture of cyber threats around you. Maltego excels in showing the complexity and severity of points of failure in your infrastructure and the surrounding environment. 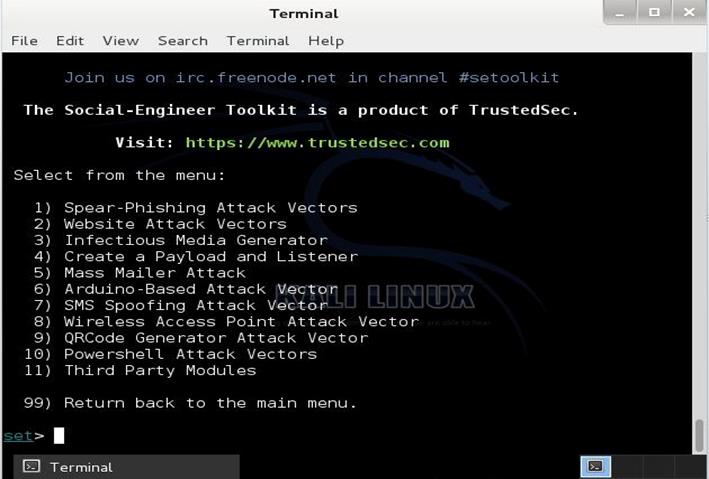 It recently went closed source, but it is still essentially free. Works with a client-server framework. Nessus is the Remote Security Scanner’s most popular vulnerability scanner used in over 75,000 organizations worldwide. Many of the world’s largest organizations realize significant cost savings by using Nessus to audit business-critical enterprise devices and applications. 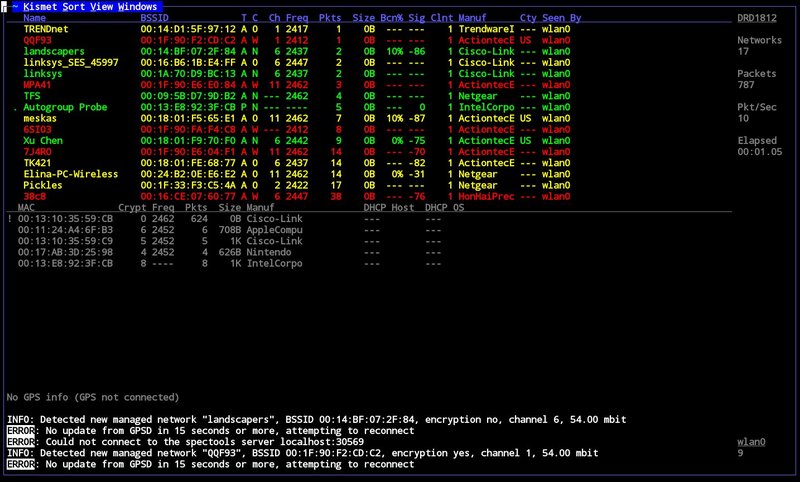 It’s an 802.11 layer2 wireless network detector, sniffer, and intrusion detection system. Kismet will work with any kismet wireless card which supports raw monitoring (mon) mode and can sniff 802.11b, 802.11a, and 802.11g traffic. A good wireless tool as long as your card supports rfmon. 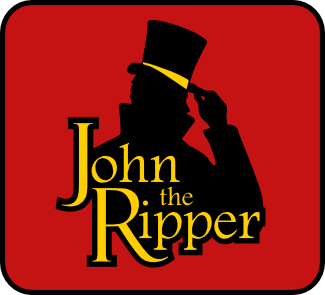 It’s a free and Open Source software, distributed primarily in source code form. It is a password cracking software tool. It is one of the most popular password testings and breaking programs as it combines several password crackers into one package, autodetects password hash types, and includes a customizable cracker. 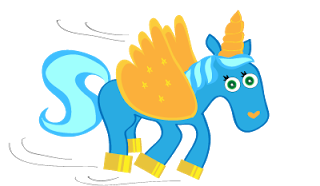 Well, Unicornscan is an attempt at a User-land Distributed TCP/IP stack for information gathering and correlation. It is intended to provide a researcher with a superior interface for introducing a stimulus into and measuring a response from a TCP/IP enabled device or network. Some of its features include asynchronous stateless TCP scanning with all TCP flag variations, asynchronous stateless TCP banner grabbing, and active/passive remote OS, application, and component identification by analyzing responses. 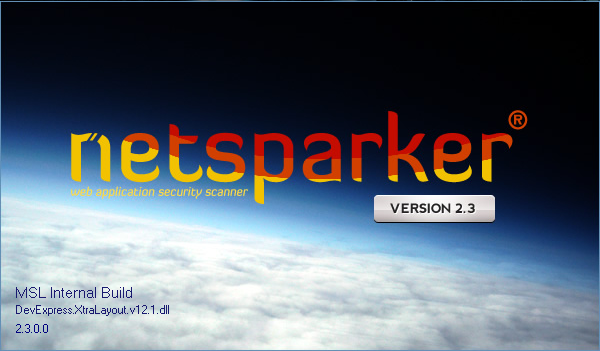 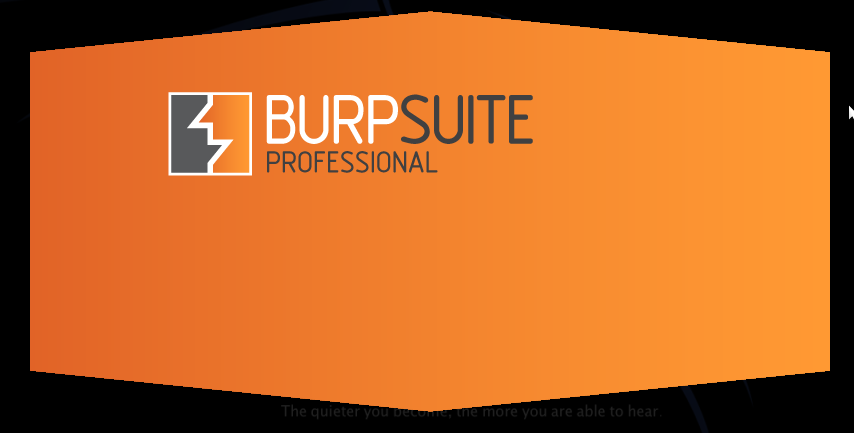 Well, Burp Suite is an integrated platform for performing security testing of web applications. It’s also one of the best hacker programs right now available on the internet. Its various tools work seamlessly together to support the entire testing process, from initial mapping and analysis of an application’s attack surface to finding and exploiting security vulnerabilities. 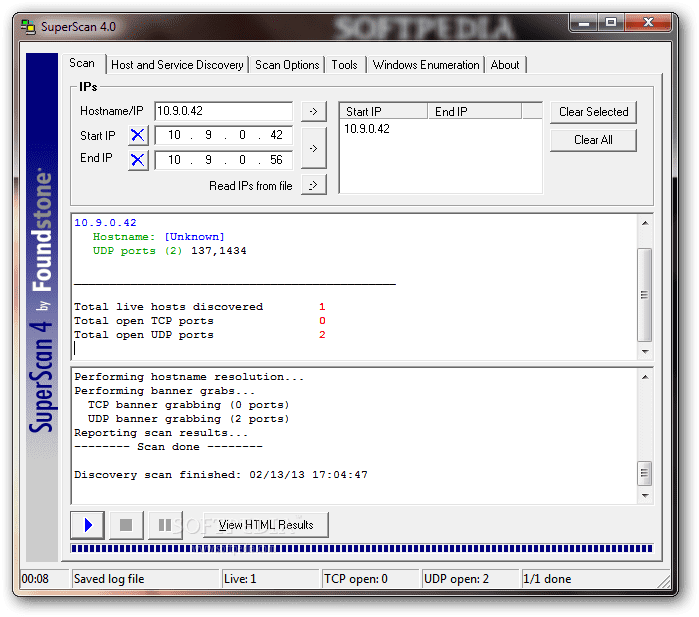 Well, this is another popular hacking software for pc which is used to scan ports in Windows. This is a free connect-based port scanning tool designed to detect open TCP and UDP ports on a target computer. In simple words, you can take SuperScan is a powerful TCP port scanner, pinger, and resolver. 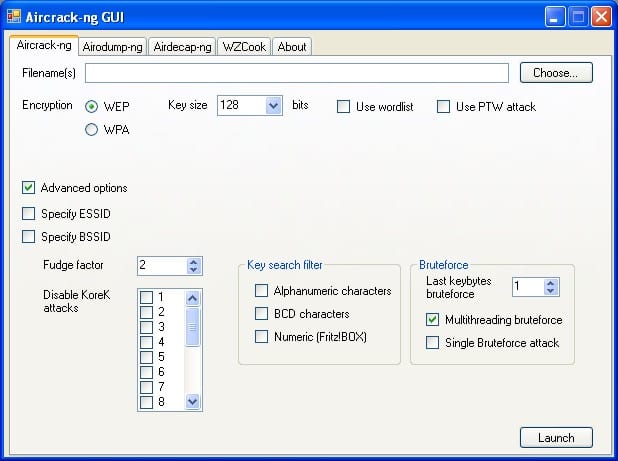 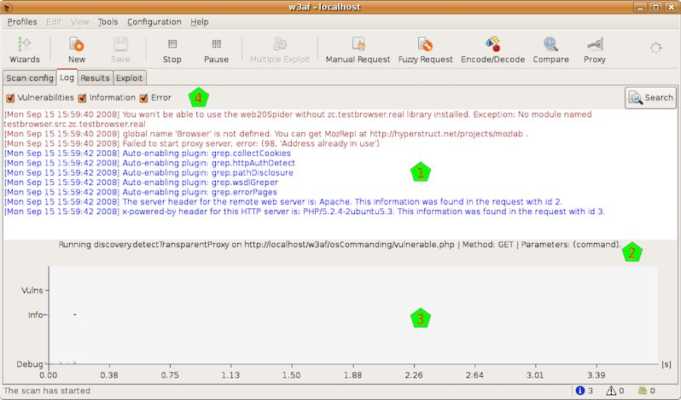 If you are looking for a free and open-source web application security scanner, then w3af is the best one for you. Hackers and security researchers widely use the tool. w3aF or web application attack and audit framework are used to get security vulnerability information that can be further used in penetration testing engagements. 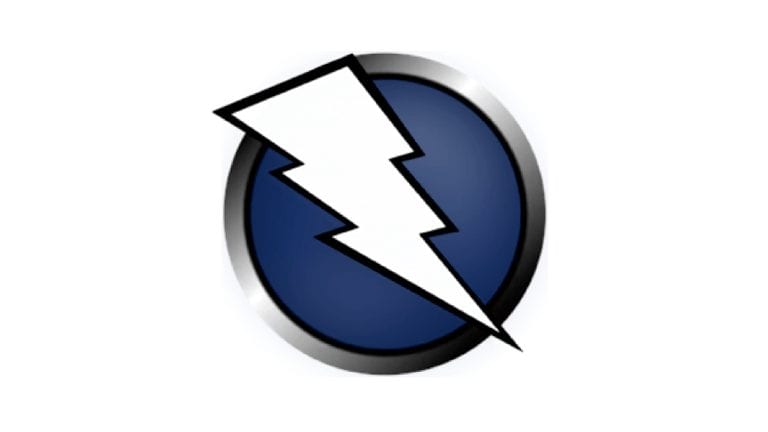 Well, the Zed Attack Proxy is one of the best and most popular OWASP projects that has reached a new height. OWASP Zed is a hacking and pen-testing tool that is very efficient and easy to use. OWASP Zed provides lots of tools and resources that allow security researchers to find security loopholes and vulnerabilities.

Pentesters widely use it. Nikto is an open-source web server scanner capable enough to scan and detect vulnerabilities in any web server. The tool also scans for outdated versions of over 1300 servers. Not just that, but the Nikto Website Vulnerability Scanner also checks for server configuration issues. 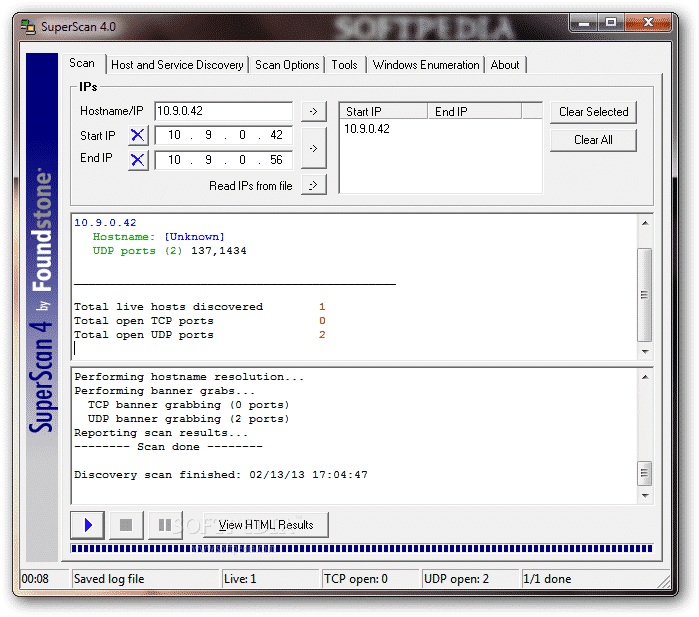 It is one of the best and free connect-based port scanning software available for the Windows operating system. The tool is capable enough to detect TCP and UDP ports that are open on the target computer. Apart from that, SuperScan can also run basic queries like whois, traceroute, ping, etc. So, SuperScan is another best hacking tool that you can consider.

Can I hack online accounts with these tools?

These tools were meant for security purposes and can be used to find loopholes. We don’t promote account hacking, and it can invite legal troubles.

Are these tools safe to use?

If you are downloading the tools from trustable sources, then you would be on the safe side.

Can I scan my WiFi network with these tools?

To scan the WiFi network, one needs to use a WiFi scanner. There are few WiFi scanners listed in the article that would provide you entire details about the network.

So, above are the top best ethical hacking tools for PC. If you like this post, don’t forget to share it with your friends. If you face any problem, feel free to discuss with us in the comment section below.

How to Skip Netflix Intros in Google Chrome Automatically

25 Most Popular Hacking Tools For Hackers in 2021