If you are a web developer, you would always prefer a computer for code editing. On a desktop operating system, there are plenty of lots of text editing tools available out there like Notepad++, VS Code Editor, Brackets, etc. However, productive works like writing or code editing become complicated on Android.

Android smartphones are not usually preferred for code editing because many users dislike typing on a virtual keyboard, or it may be because they haven’t yet found the right text editing app. The truth is that, with the right apps, Android devices can be productive as well, especially when it comes to editing text.

There are plenty of distraction-free text editing apps available on the Google Play Store that can be used to code editing. Users can even connect a Bluetooth keyboard and mouse to do some serious editing as well. In this article, we will share a list of the best Android text editors. 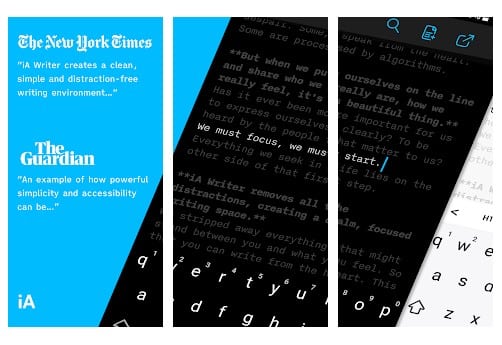 Well, iA Writer is one of the best word processors that were previously available only for Mac and iOS. Now the app is also available on Android’s Google Play Store, and it’s well capable of providing a distraction-free writing experience. The app right now focuses on both plain text and markdown editing. Apart from that, iA Writer also has a focus mode which dims everything apart from the current sentence or paragraph. 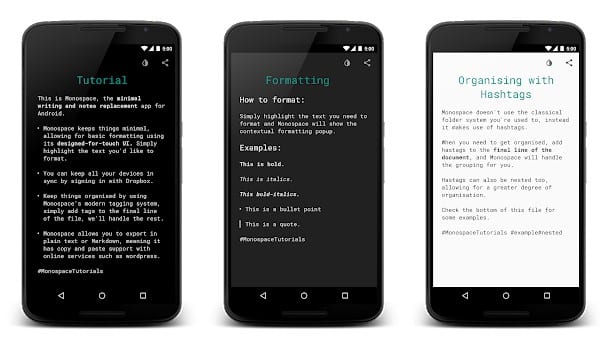 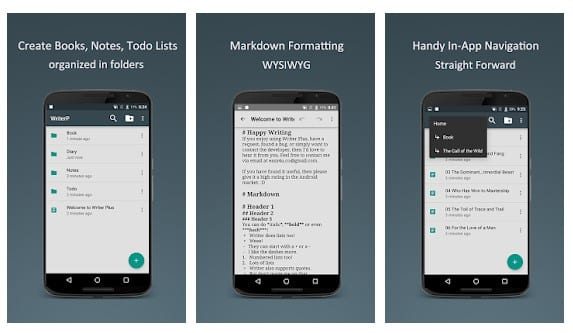 If you are searching for a simple-to-use and lightweight text editor for your Android smartphone, then you need to give Writer Plus a try. Guess what? Writer Plus is another best text editor and markdown text editor app available on the Google Play Store, which brings combined features of both iA Writer and Monospace listed above. The key features of Writer Plus include basic markdown formatting, night mode, folder organization, etc. 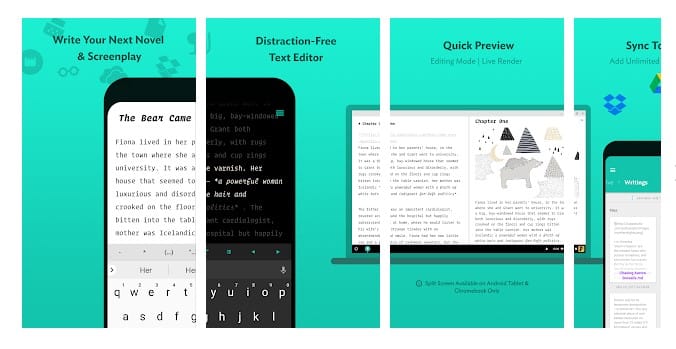 JotterPad is another best text editor which you can use for distraction-free text editing. Guess what? JotterPad is known for its creative flair over its counterpart in the list. Like all other text editors for Android, JotterPad also offers users basic markdown formatting and exporting features. Besides that, basic text editing features of JotterPad includes phrase finding, keyboard shortcut, custom fonts, style customization, etc. 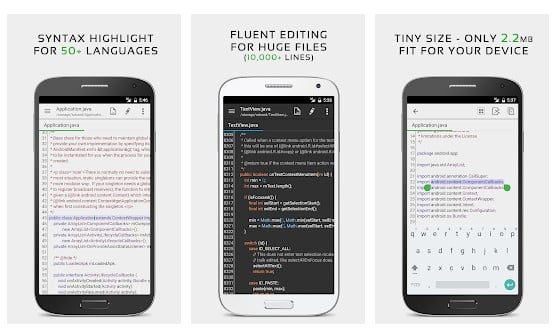 Well, if you are searching for a fast, stable, and full-featured notepad and code editing app for your Android smartphone, then you need to give QuickEdit Text Editor a try. Guess what? QuickEdit Text Editor can be used as both a standard text editor or a code editor. This is also one of the favorite apps for programmers because it has over 40 languages supported out of the box, including C++, C#, Java, PHP, Python, etc. 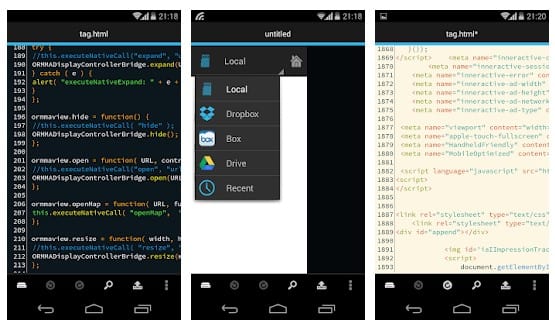 If you are searching for a simple-to-use text editor for your Android device, look no other than DroidEdit. It’s one of the best text and code editors for Android that supports many programming languages. It supports the most popular programming languages like C++, C#Java, HTML, CSS, Javascript, Python, Ruby, Lua, AND MORE. Some of the key features of DroidEdit include Auto & block indentation, search & replace function, character encoding support, and more. 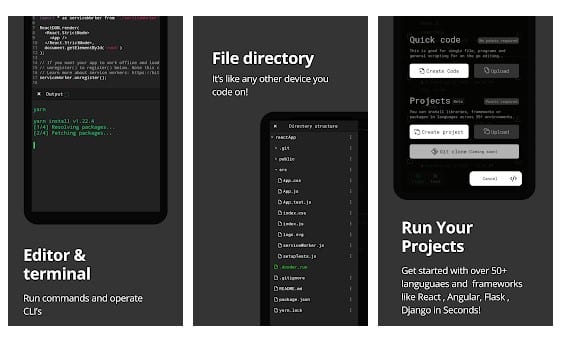 If you are looking for an easy-to-use Android app to hone your coding skills, then Dcoder might be the perfect pick for you. Dcoder offers you a rich text editor supporting syntax highlighting. You can use this app to build and deploy your projects straight from your smartphone and integrate with Github. It supports a wide range of programming languages including, Java, Python, C++. Php, C#, and more. 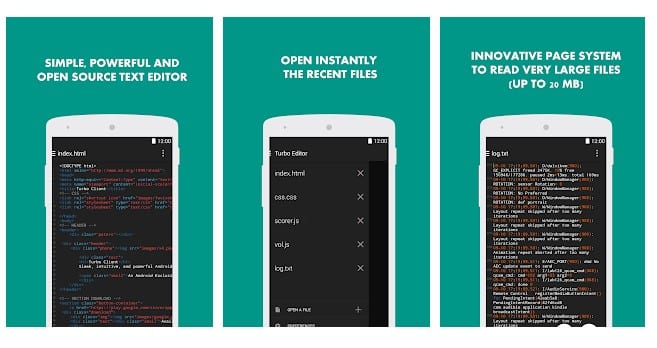 Well, Turbo Editor is an open-source and powerful text editor app for Android. The app supports syntax highlight for XHTML, HTML, CSS, JS, LESS, PHY, PYTHON, and more. The great thing about Turbo Editor is that it automatically detects the encoding. Apart from that, some other features of Turbo Editor include unlimited Undo & redo, Go to Line function, Read-only mode, many customization options, and more. 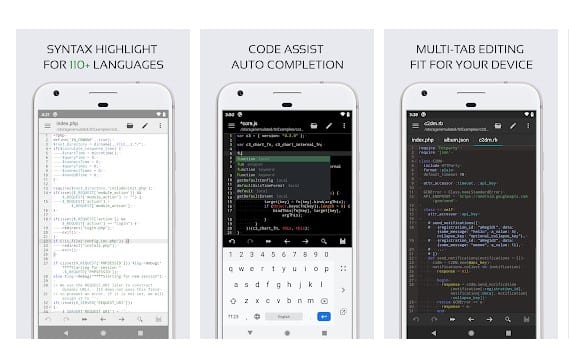 Code Editor is an optimized version of a regular text editor, but it focuses more on coding. The great thing about Code Editor is that it packs every feature that a programmer needs for coding. Some of the key features of Code Editor include syntax highlighting, auto indention, code assist, unlimited undo & redo, and more. 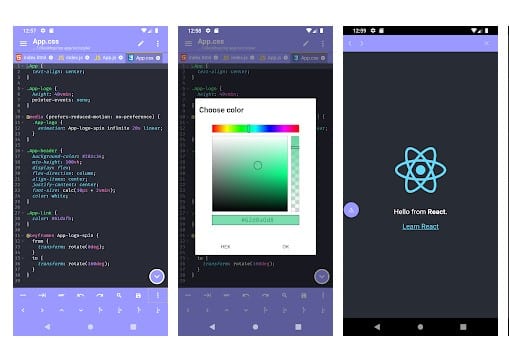 If you are searching for a lightweight, but powerful code editor for your Android device, then Acode might be the best pick for you. With Acode, you can easily edit HTML, Javascript, and text. The app is entirely free to download & use, and it doesn’t even show ads. Apart from that, Acode also got GitHub support, FTP support, supports syntax highlighting (over 100+ programming languages), and more.

So, these are the best text editors for Android that you can use right now. If you know of any other such apps, let us know in the comment box below.

How to Use Google Assistant Without Unlocking Your Device

How To Move Android’s Quick Settings To The Bottom

10 Apps To Capture Photos Of Intruders On Your Android Device

Delete the App Right Now from your Device