It doesn’t matter if you are using a PIN, Password, or Pattern Lock. Someone with excellent skills can still get into your smartphone. In the case of phone theft, the thief will try their best to break your password protection. At that time, apps that capture photos of intruders could be useful.

There are many Android apps available on the Google Play Store that uses the phone’s front-facing camera to capture the picture of someone who mistypes your phone’s password.

Apps To Capture Photos Of Intruders On Your Android Device

In this article, we will share a list of the best Android apps to capture the picture of someone who mistypes your phone’s passcode. So, let’s check out the best apps to capture photos of intruders. 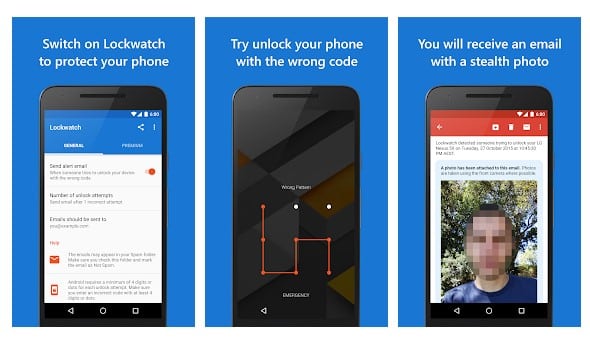 Lockwatch is one of the best Android apps that capture the picture of someone who tries to unlock your device with the wrong password. The great thing about the Lock watch is its user interface, which looks clean and well organized. You need to enable the ‘Send alert email’ option on this app, and the app itself does the next things. You can adjust the unlock attempts and choose between one, two, or three, etc. If Lockwatch catches someone, it instantly sends the email message containing the photo of the intruder. 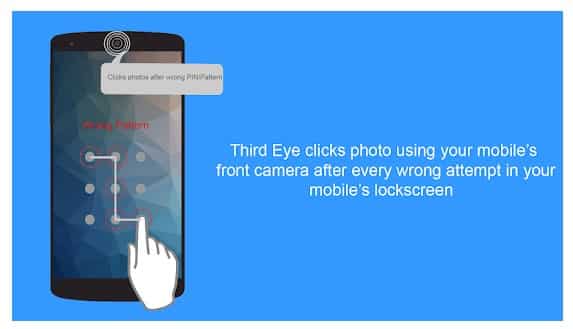 Third Eye is pretty much similar to the Lockwatch Android app that had been listed above. The great thing about Third Eye is that instead of sending an email address, the phone saves the intruder’s pictures on the Gallery app. The app is straightforward to use, and users need to enable the ‘Intruder detection’ feature from the settings. Apart from that, Third Eye also allows users to set the number of unlocking attempts as well. If you don’t want to see the pictures of intruders in the Gallery, then you can hide them as well. 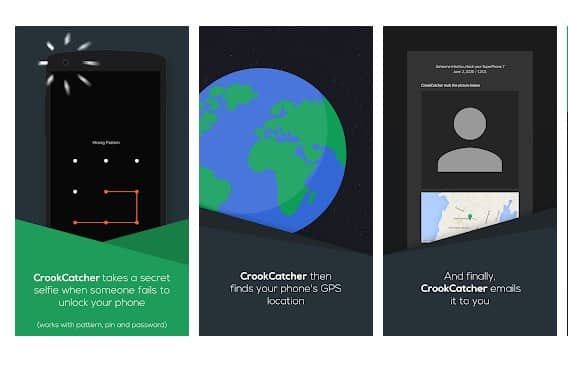 If you are searching for a similar type of app that arrives with a great user-interface and dark mode option, then you need to give Crookcatcher a try. Guess what? Crookcatcher is one of the best Android apps that you can use to capture photos of intruders. Just like every other app, Crookcatcher also allows users to set the attempt limit anywhere from one to five. Instead of saving the pictures to the gallery, it keeps the images on the Crookcatcher app itself. 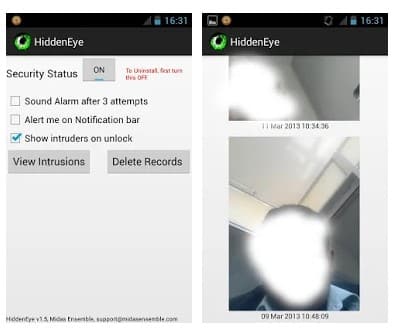 Hidden Eye is a relatively new app on the list which clicks the Intruder selfie. With Hidden Eye, you can easily see who has tried to unlock your smartphone without your authorization. It allows users to set the attempt limit anywhere from one to five, and it saves the photographs on the phone’s gallery app. However, the app has few bugs, and it sometimes fails to capture the picture. 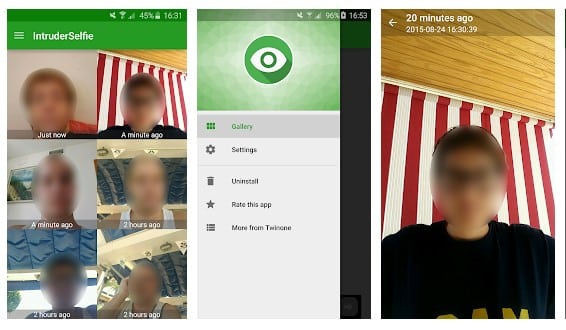 As the app’s name says, Intruder Selfie allows users to see who has tried to unlock their devices without authorization. The app has an excellent user interface, and it automatically captures the intruder’s selfie after a series of incorrect password attempts. By default, Intruder Selfie saves all captured images in the Gallery app. However, there’s an option to hide the pictures from the Gallery app. 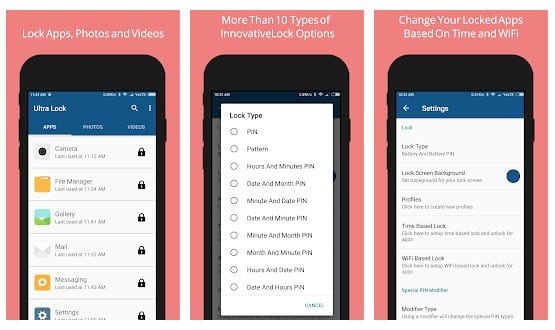 Ultra Lock is a simple to use app locker for Android. With Ultra Lock, you can easily lock your most-used apps. Compared to all other app lockers, Ultra Lock is more powerful. The app offers different types of app locking options like a time-based lock, WiFi-based lock, etc. Whenever anyone tries to unlock your locked apps with the wrong password, Ultra Lock automatically captures the photo using the front camera. 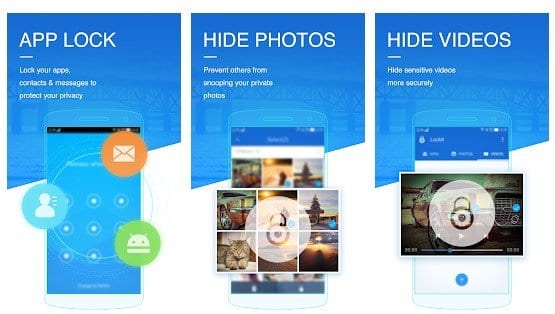 LOCKit is another best app lock and photo vault app available on the Google Play Store. With LOCKit, you can lock apps, hide photos & videos, etc. LOCKit also has an intruder selfie feature that automatically captures the image of a person attempting to unlock your locked files with the wrong password or PIN. 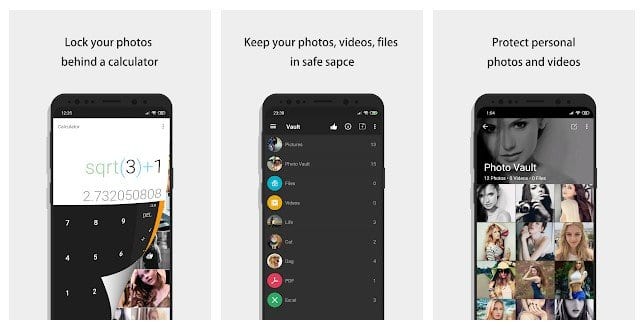 On the surface, Calculator is a full-fledged scientific calculator app, but from inside, it’s a vault-app that can be used to store private pictures, videos, and documents. To open the vault, you need to enter the numeric pin in the calculator panel. The Calculator app also has an intruder selfie feature that automatically takes intruder selfies when someone tries to break into your stored data with a wrong password. 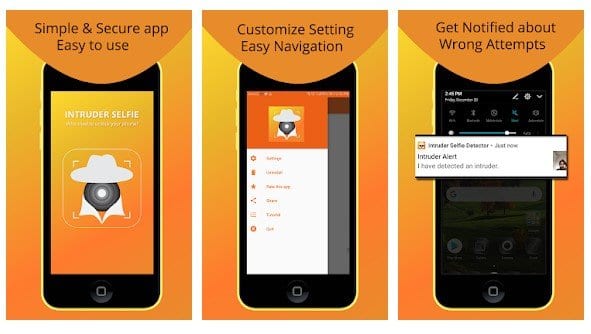 Although not very popular, Intruder Selfie Detector is still one of the best Android security apps that you can use today. The app helps you to detect intruders immediately whenever they try to use your phone. The app activated the front camera and silently captures the photo of a person attempting to unlock your phone.

10. Who tried to unlock my phone 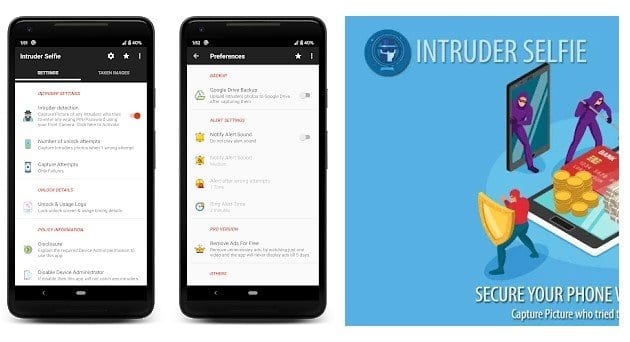 So, these are the best Android apps to catch the person who tried to unlock your phone. If you know of any other such apps, let us know in the comment box below. I hope this article helped you! Please share it with your friends also.

How to Send Disappearing Messages On Signal Private Messenger

How to Use the New Storage Management Tool of WhatsApp